Today is my birthday!  As I reflect on another year of my life, I recognize many changes, but I also recognize one big thing that has not changed: my love for Murray Hill. For those who are not familiar with New York City, Murray Hill is a neighborhood east of midtown Manhattan (see red arrow below), and I’ve lived here pretty much since I moved to New York City 14 years ago.

I love Murray Hill so much that I have tripled-downed on Murray Hill: 1) I live in Murray Hill 2) I work in Murray Hill and 3) I volunteer as a Trustee of the Murray Hill Neighborhood Association. I have had lots of crazy adventures living in Murray Hill, including surviving a fire that burnt down my apartment and living next door to madames that operated a brothel above my bedroom. Pretty much all my life over the past decade has consisted of living, working, and enjoying life in Murray Hill, and it seems like it keeps on getting better and better as each year passes.

But, for the same time that I have lived here, it seems to me that everyone in New York City loves to hate on people like me who live in Murray Hill.

There are a couple of big stereotypes…

The first is that Murray Hill is just a bunch of obnoxious, drunk, non-cultured, recently graduated kids out of college.  This video illustrates this stereotype (coincidentally, this video features people like me that a) live in Murray Hill b) worked at Lehman Brothers and c) went to college at Indiana University).

In the New York Times article titled “In Murray Hill, the College Life Need Never End,” reporter Joseph Berger interviews a resident who states that “Murray Hill is losing its coolness” and whenever someone asks her where she lives, she is embarrassed to answer Murray Hill “because she knows she is making fun of herself.”

If that isn’t enough embarrassment, the Midtown Uniform Instagram account has amassed an audience of over 100K+ followers and its sole purpose is to make fun of residents and people who appear to look like residents of Murray Hill (contrary to the caption of the post, none of the people pictured below resemble any of the actual Trustees of the Murray Hill Neighborhood Associaton). 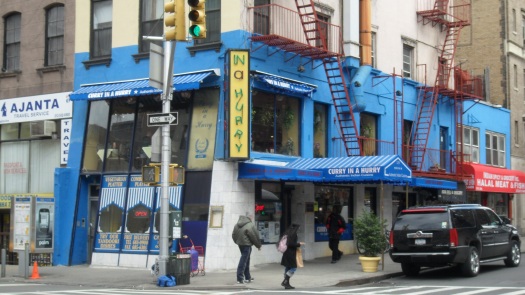 But, given these stereotypes, here are THREE REASONS why EACH AND EVERY ONE OF YOU should actually HEART on, and not HATE on Murray Hill.

1) Do you HEART America?

Did you know that without the people of Murray Hill, there would be no America? Here’s the story…

On September 15, 1776 (only a couple months after declaring independence on July 4, 1776), the American army, led by General George Washington was terribly defeated in the Battle of Brooklyn and had to fully retreat in order to not be completely defeated as the British army almost wiped out the American revolt only months after it started. So in secret, in the middle of the night, over 9,000+ soldiers boated across to the river to Manhattan (they landed on Kips Bay, the area just south of Murray Hill). The next morning, as the American army was retreating north towards Harlem, the American soldiers passed through Murray Hill (which was then just informally known as the farm and residence of the Murray family).

Shortly later, the British army, led by Admiral William Howe, a known womanizer (we’ll get to that shortly), conquered Brooklyn (as the American army deserted) and then continued its conquest across the river in Manhattan.  As the British came running after the American army as it was retreating, they passed through Murray Hill.

That’s where Mary Lindley Murray, the quick-thinking matriarch of the Murray family, comes in.  She helped save America by slowing down the British.  With her Murray Hill charm, she invited the British officers to tea and cake at their home as their soldiers came through her family’s farm (see the depiction below).  The story goes that Admiral William Howe was so enchanted by the Murray family women that it allowed the Americans time to get away.  This succeeded in delaying the British troops for a period sufficient to allow a successful American retreat, and this gave General George Washington and his American army enough time to win.

Remember, America did not win the revolutionary war in 1776, we just declared independence in 1776.  We actually won the revolutionary war in 1783 via the Treaty of Paris in which Great Britain agreed to recognize the sovereignty of the United States and formally ended the war.  We won because we dragged the war long enough and eventually won some major battles like the Battle of Yorktown in 1781 which caused British support for the war to fade in both the British Parliament and the British public, thus triggering this diplomatic peace treaty.  Helping drag the war long enough is exactly what Mary Lindley Murray did.  Unfortunately, Mary Lindley Murray passed away in 1782 (the year prior to the passing of the Treaty of Paris, but as you see in the plaque below, she credited as being a true Patriot that helped the Americans win the war (this plaque is located on Park Avenue at 37th Street).

2) Do you HEART electricity and light bulbs?

Did you know that without the people of Murray Hill, there would be no electricity and electric light bulbs? Here’s the story…

Banker JP Morgan was inventor Thomas Edison’s biggest financial investor, and they both wanted to bring the technological innovation of electricity to the world.  JP Morgan lived in Murray Hill, and his home (see pic below) served as a lab for Edison’s experiments.  His home was the first in the world to be outfitted with electricity and had at least 400+ electric light bulbs, and the house even had its own generator.  Before that, people actually used to light candles to see at night. The home had to be lit with candles, which was very dangerous and caused many fires and deaths.  Murray Hill served as the world’s window to the future, as Morgan invited many to his home to see the marvel of the electric light for the first time.  And, you are probably reading this article right now with some electric light bulb shinny somewhere near you.

3) Do you HEART Christmas & holiday lights?

Did you know that without the people of Murray Hill, there would be no electric Christmas lights? Here’s the story…

One of the experiments that came out of Thomas Edison’s lab was electric Christmas lights. Before that, people actually used to light candles and put them on Christmas trees (see pic below). That all changed when Edward H. Johnson, Vice President of the Edison Electric Light Company, was the first in the world to display his Christmas tree, which was hand-wired with 80 red, white and blue electric incandescent light bulbs the size of walnuts, on December 22, 1882 at his home in Murray Hill (since Murray Hill was also the first section of New York City to be wired for electricity). Come each year’s holiday season when everyone enjoys the electric Christmas lights, we can remember to thank the residents of Murray Hill.

Now, do you still need even more reasons to not HEART Murray Hill?  I don’t think so.

So, as you see, if it was not for the amazing people of Murray Hill, the world might not have America, electricity, light bulbs, and even electric Christmas lights.  Of course, some of our Murray Hill residents are frequently drunk at the bars and recently out-of-college, and others that work at the are South Asian restaurants and spice shops on Lexington Avenue.  But as you see with my stories, there is a lot more to the diversity and history of the residents of Murray Hill.  Some are historically famous like Franklin & Eleanor Roosevelt, Ayn Rand, and even Andy Warhol, and others are diplomats who serve at the nearby United Nations or at their country’s New York City consulate.

As you see below, I love living in Murray Hill so much that I do things like:

For the past couple years I've been honored to serve as Co-Chairman of Patrons of Park Avenue (POPA) as a Trustee of @murrayhillnyc. #POPA supports the care, maintenance and planting of the trees, plants, and flowers of #ParkAvenue in the #MurrayHill neighborhood of New York City. NYC is amazing and abundant in so many ways, but we can all agree that our concrete jungle lacks in greenery and nature – especially in trees, plants, and flowers. And with 8.6 million human beings living in NYC, we need all the nature we can get. #POPA is the doctor, surgeon, stylist, interior decorator, and pharmacist for the beautiful malls on Park Avenue. NYC also needs all those trees, plants and flowers to keep NYC looking it's best, which supports all the residents and tourists visiting the city. But, most people don't realize that the City of NYC doesn't have a budget to support the extra care and maintenance that trees, plants, and flowers really need. That's where John Chadwick, Chairman, and Irma Worell Fisher, Founder, Urban Arborists, and all the sponsors have done amazing work with POPA for the past 34 years. It didn't always look this way, and took a team effort. Next time you walk down Park Avenue between 34th and 39th Street, take a moment to experience the beauty and recognize all the hard work it takes to constantly make it shine. http://patronsofparkavenue.org

2) Put up and take down the Christmas lights on Park Avenue.

New York City's magical holiday lights don't just appear by magic, in November we put them on, and in January, we take them down @murrayhillnyc #NewYorkCity #MurrayHill #ParkAvenue #NYC #MHNA

3) Clean-up the trash and mulch the trees.

So, for anyone that is reading this that lives in Murray Hill, I encourage you to not ever be embarrassed by the haters and be loud and proud of where you live.  On top of that, if you are as passionate as me, get involved in doing great things for the neighborhood to make Murray Hill an even better place to be.

For everyone else reading this, I hope I inspired you to know something you didn’t previously know about what I consider an amazing place to live, work, and enjoy.